History of Emma Tiver Cottage circa 1856

The cottages were built by James & Emma Tiver, commencing with cottage 14 and, as time permitted, building the cottages on either side totaling 6 in all.

James was born in Bristol England, June 11th 1829. He learnt his trade as a mason in England and then emigrated from Plymouth to South Australia with his (first) wife Elizabeth, and young son James Hugh (2 years old) and Margaret Malcolm (born on the voyage). The ship ‘David Malcolm’ sailed with 342 emigrants landing in Port Adelaide in 1855.

The family travelled to Burra a few days after docking in Port Adelaide. James put up a wattle & daub 2 room hut near the ford for the family. Sadly, Elizabeth died in November 1856 of tuberculosis.

In February 1858, James married Emma (nee Price) on her 21st birthday. The Price family had moved from Chepstow in 1856 on the ship ‘Alloquis’. Emma was the eldest of the 10 Price children.

James did contract work for the Copper Mines for the first two years in Burra. In 1856 the first cottage was built. Most of the Tiver children were born at this cottage.

He purchased and sold pastoral leases. Ultimately, this led to the establishment of Tiverton Station.

James was a member of the Kooringa Corporation, a Justice of the Peace, superintendent of the Methodist Church Sunday School, an office bearer of the church, a member of the Masonic Lodge. He was also connected with the Order of Oddfellows for many years.

James and his eldest son, it is said, both “took too much to the drink”, although James later gave it up alltogether. There is a story that Emma, eventually frustrated with the behaviour, went to the hotel with James and ordered drink for drink with him. Her own drinks she emptied into the gutter outside.

James was impressed by the waste and ultimately gave it up.

Vision and the Renovations

The cottages were meticulously restored by Maureen and Barry Wright. The owners of the Antique store Sarah’s which was housed in the old Tiver & Sons site in Young St Burra.

The Wrights purchased the property in 1986 with the vision to renovate and open the cottages as a bed and breakfast facility, ultimately offering a strata title so the cottages could be sold or rented separately. Commencing the project in 1992, the last two cottages were completed and opened for occupancy at Easter 1999.

The décor has been carefully selected to reflect the colours used in the mining era of the mid 1800’s, the furnishings and accessories used in the cottage refurbishment have been methodically chosen to reflect the actual period within Burra history.

The shingle roof has been maintained, and protected by the new galvanized iron cladding. The original stove in the kitchen, while no longer usable, is the stove used by the families. The fireplace in the cottage lounge room, has been the same for over a century.

The rear garden has been rejuvenated with traditional cottage garden plants, to reflect the garden of the period. The smell of rosemary and mint, with the hint of lavender, provide an insight into the aromas of the time. 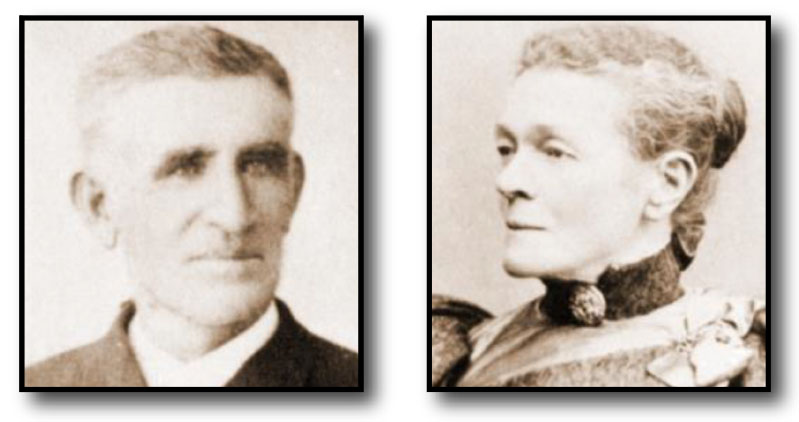 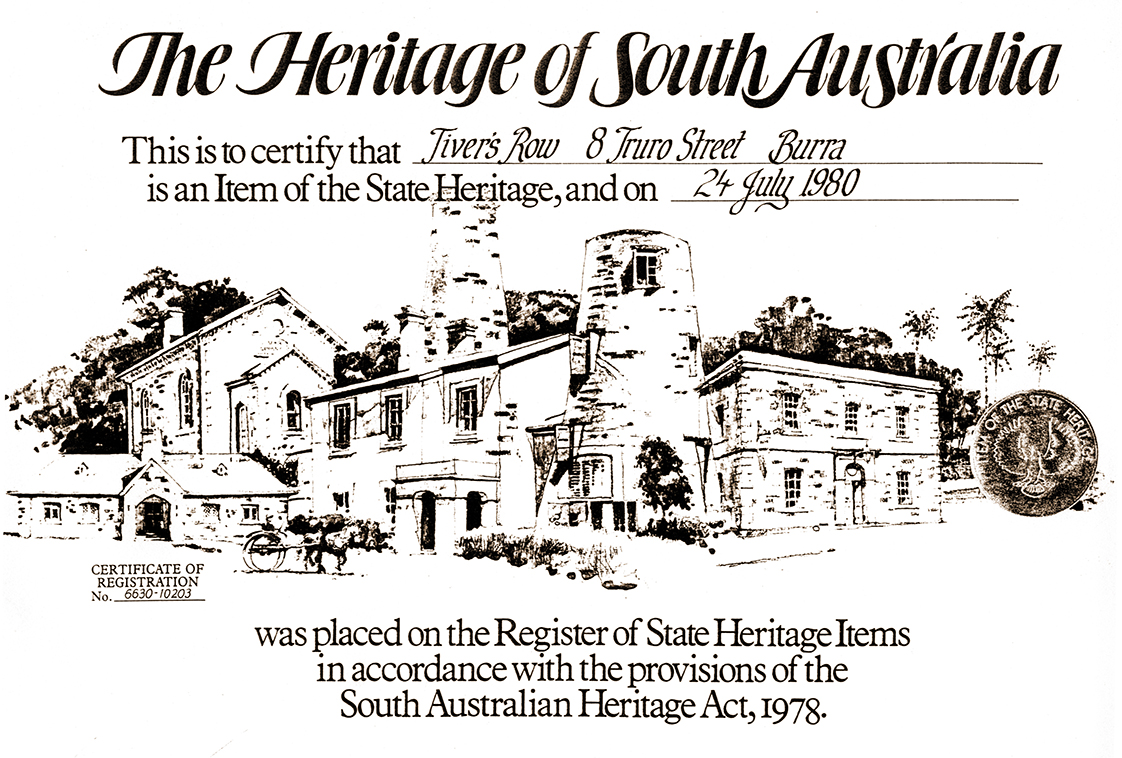 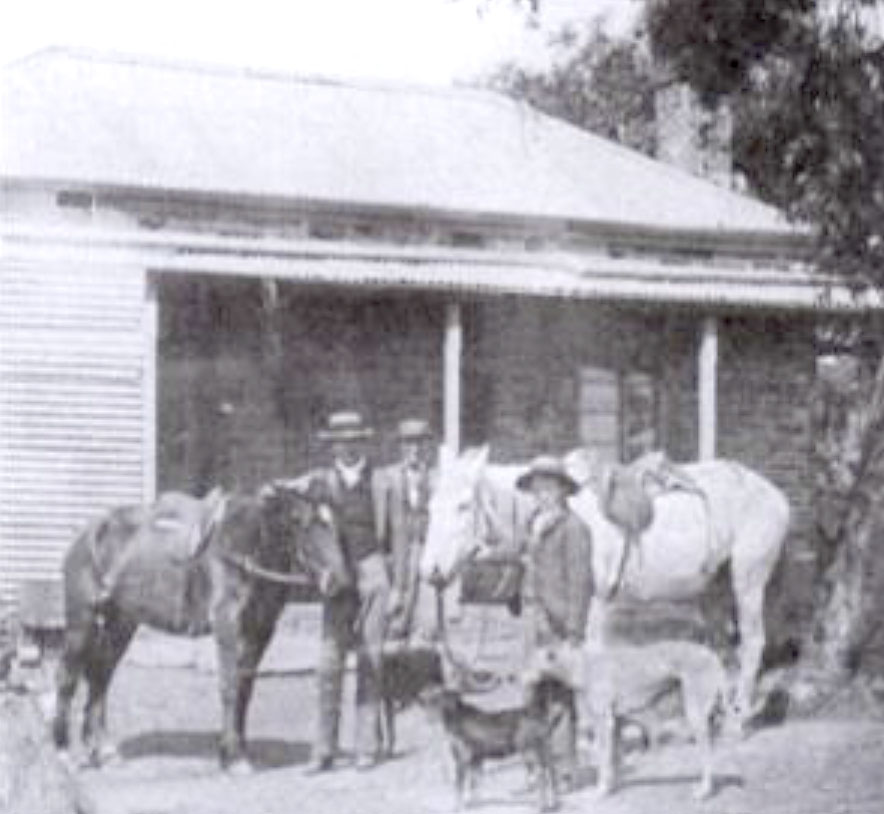 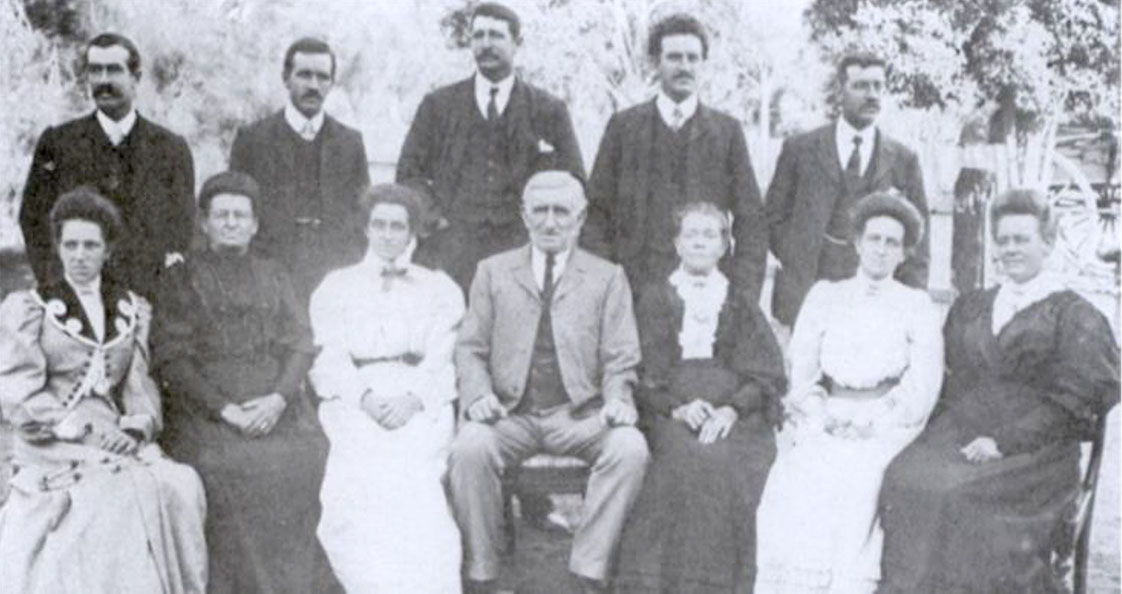 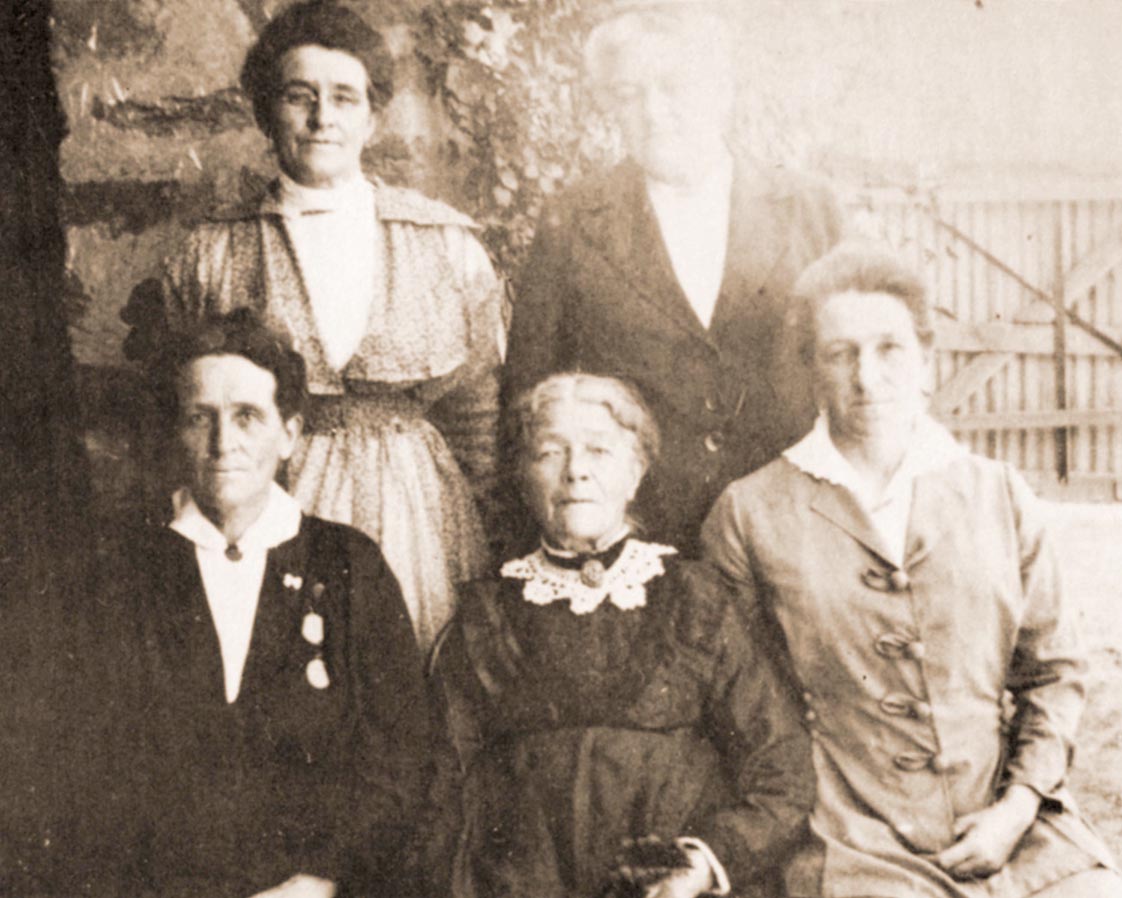 Ladies from the Tiver Family